The Florida Keys are comprised of a chain of islands that extend out 130 miles from the southern tip of the Florida Peninsula, culminating in the southern most point of the United States. Home to a variety of environmentally sensitive areas including a National Marine Sanctuary, Four National Wildlife Refuges, the Dry Tortugas National Park and the third largest coral reef in the world, protection of its nearshore waters is essential.

In 1984 the Florida Keys, were designated an area of Critical State Concern by the state of Florida in 1984. Protection of these resources has becomes essential from both an environmental and economic standpoint for an area that now supports a permanent population of approximately 80,000 residents that nearly doubles during the winter season.

Wastewater from the existing septic systems, on-site systems and cesspits was found to be introducing nutrients and harmful bacteria into the nearshore waters, significantly harming coral and other marine life. With this in mind, providing central sewer throughout the Keys was mandated by the State of Florida in 1999.

The Florida Keys Aqueduct Authority (FKAA) provides central wastewater services to seven regions of the Keys utilizing advanced technologies to maximize nutrient and pollutant removal from wastewater discharges. In two of these areas the effluent is further disinfected allowing the FKAA to provide valuable reclaimed water to the residents. 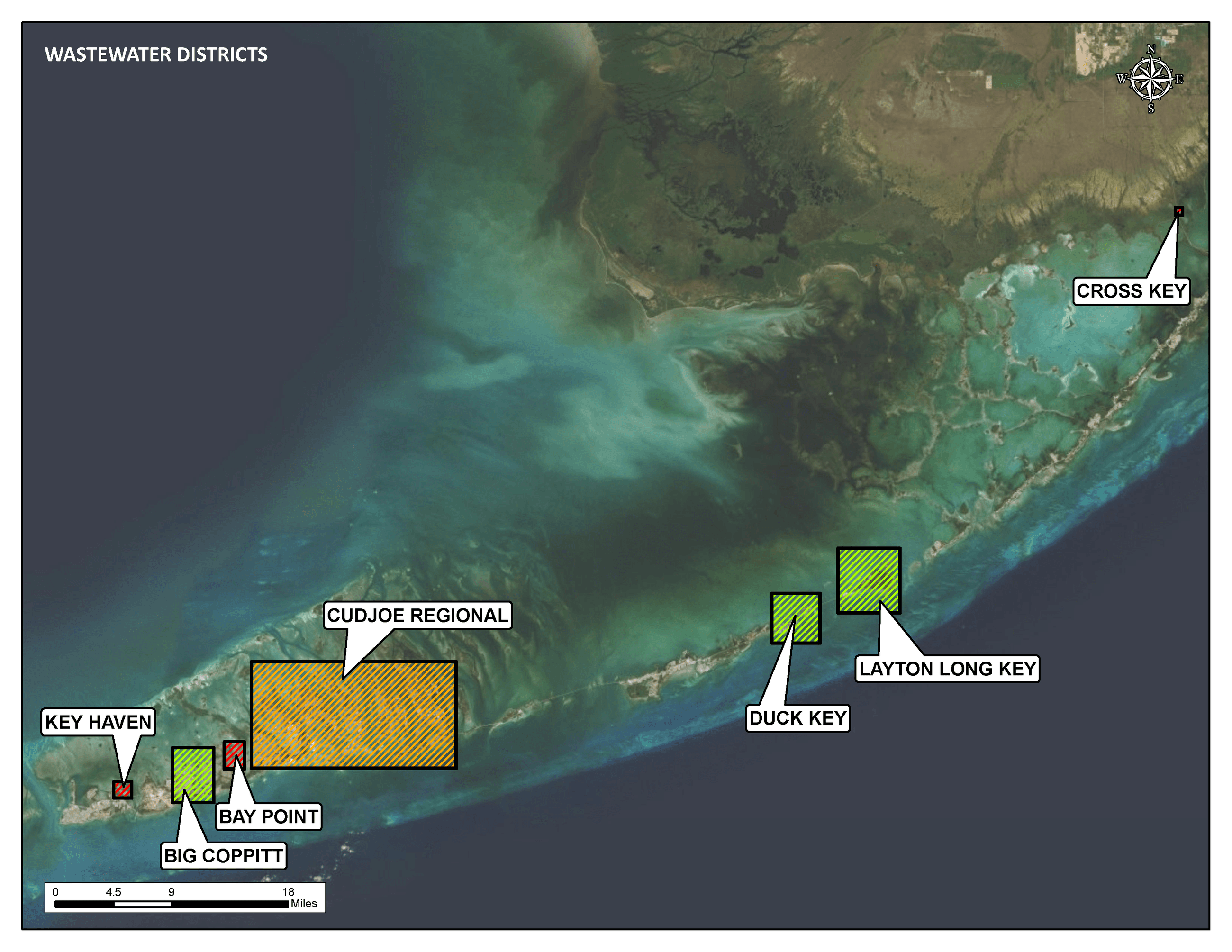